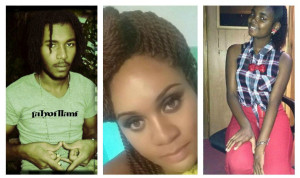 Fairly new on the music scene, Jamaica based Kwashawna Records has been making strides and making its name in the music industry with previously releasing hit riddims. The popular label owned by Shawn Campbell are responsible for such releases as Tanbad riddim which features singles Vybz Kartel and Chan Dizzy among others and most recently Kuminar riddim featuring various dancehall and reggae stars such as Voicemail, Gage and Konshens.

The record label has recently added three artist to their catalog who will be making their debut appearance on upcoming projects, namely rising recording artist Jahvillani who was signed in may and will be featured on Mama Koka riddim, Pink Eye riddim and Pressure riddim. Songstress Shana Bliss and Likkle Miss who will both be featured on the Liberty riddim, Pink Eye riddim and Love Train riddim.