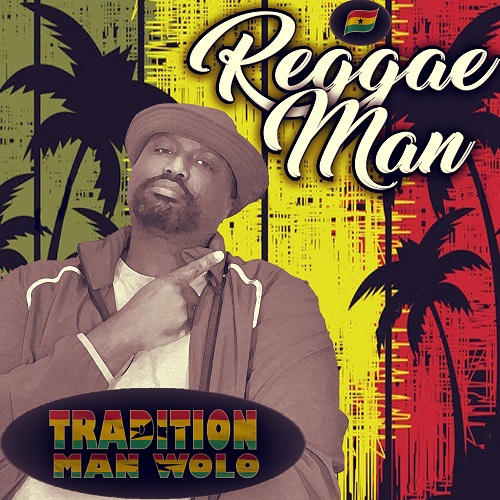 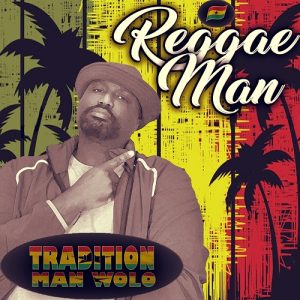 The record has a total of nine tracks, two of which are remakes of popular songs: Book Of Rules, sang by The Heptones in the 70s; and The Lady In Red, done by British-Irish singer-songwriter Chris de Burgh in 1986.


Because The Heptones is one of Tradition Man‘s favorite bands he wanted to do a rendition of Book Of Rules as a sort of tribute to Barry Llewelyn (the lead vocalist on the tune) who passed away in 2011. As for The Lady In Red, that was done in honor of his lady.

In his own words, Wolo describes the album and explains what he would like listeners to get from it: “Reggae Man is a multi-themed album, covering roots and consciousness (Come Home, Back Again), intellectual (Book Of Rules), love (This Your Rebound Love, Lady In Red) and playfulness/party (This Feeling, Reggae Man Skank)… I want people to embrace the breadth of the album and the genre.” Listen on [Spotify][Apple Music][Youtube Music]

All songs were produced and mixed by Bobby Roy at Roy’s Studio in Stockholm, Sweden; while the mastering was done by Mike Caplan at Lion and Fox Studios in Washington DC. Tradition Man Wolo recorded his vocals at Undercaste Studio in Shoreline (Seattle). He wrote all the songs, with the exception of Book Of Rules, which was penned by Harry Johnson and Barry Llewellyn; and The Lady In Red, authored by Christopher John Davison. Reggae Man is being independently distributed by Tradition Man Wolo and his team; and the album cover art was done by Maria Jackson Entertainment.

Tradition Man Wolo describes his music as “affectionate, honest and approachable even with difficult subjects.” He further states that “he makes music with love.”