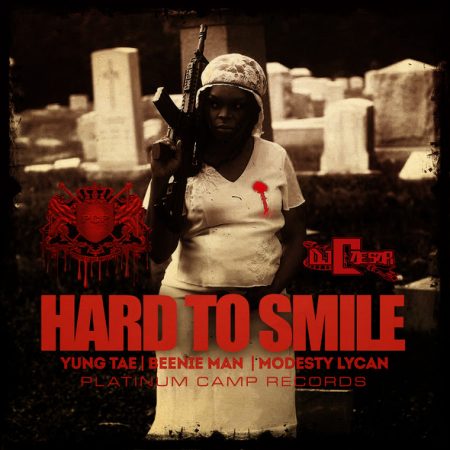 Rapper Yung Tae was born Dante Pruitt on April 27th,1994 in Detroit Michigan. Unfortunately Yung Tae’s mom, Jacquelin Pruitt passed away when he was only 13 years old, after years of hard drug use and gang banging. Eventually he was signed to Platinum Camp‘s label. He released his first single ‘Louie Out‘ and followed up shortly after with his present single ‘Hard To Smile‘ Platinum Camp’s C.E.O Daddy Bigg$ approached Dance Hall King, Beenie Man with the record and after listening to the song he immediately made the decision to hop onto the single and the rest is history. This is simply the best collaboration since Barrington Levy and Shyne.