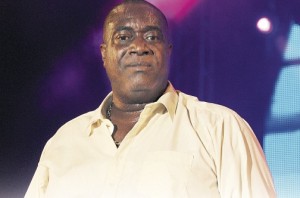 Old school dancehall artiste Glendon Bailey, popularly known as Admiral Bailey was yesterday slapped with several fraud charges after he went to the Passport Immigration and Citizenship Agency (PICA) office and attempted to renew a passport which posed the identity of a Michael George Sullivan.

The Deejay who is described as the baddest dancehall artiste of the late 80’s is scheduled to appear in court on the 5th of March 2015.