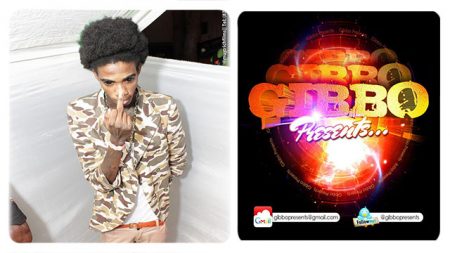 The self proclaimed “Youngest and The Baddest” deejay in the business Alkaline speaks to Gibbo about, his tattooed eyes, fans copying artistes, the Vybz Kartel comparison, working with Lee “Scratch” Perry and much more.

Listen to the interview to find out

* If he feels he will be able to shed the tag of “The deejay with the tattooed eyes”
* His response to claims he is only wearing contact lenses
* If he thinks artistes should be held responsible for fans actions
* If he feels the comparison to Vybz Kartel is accurate
* Why there is now only Alkaline, and no Earlan Bartley
* How he transformed into a new person and why
* Why he thinks his abilities have been questioned, and how much this frustrated him
* How he linked up with Lee “Scratch” Perry
* What happened at Sting and Stone Love‘s Anniversary
* What his goals were for 2013 were and if he met them