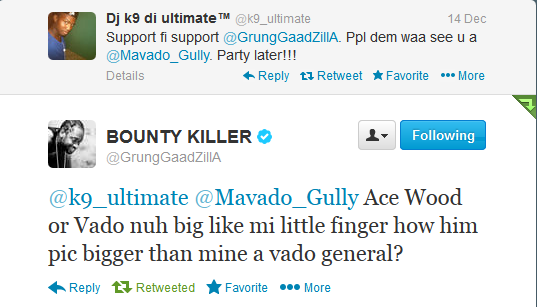 Bounty Killer took it to twitter to speak out against Mavado & Ace Hood. Bounty Killer for some reason Bounty Killer believes that Mavado gave Ace Hood more ratings than him by making Ace Hood picture bigger than his on Mavado’s Birthday Party Flyer. You can view the Flyer below and tell us what you think. Did Mavado diss Bounty Killer or Not?