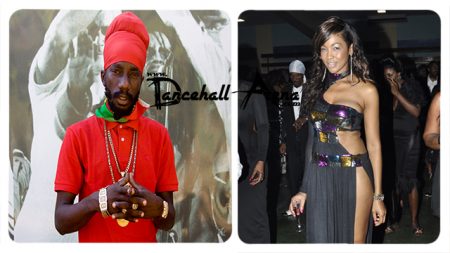 Sizzla Kalonji and D’Angel will no longer be able to perform at future Sting stage shows.

But the promoters even went a step further to ban D’Angel from even entering the venue.

During Sting 30 on December 26, at Jamworld, Portmore, Sizzla delivered one of his most hardcore performances going all out fire burning gays and those folks with non-traditional sexual preferences.

His performance was broadcast live on pay-per-view and online. But despite a plea from promoters, Sizzla condemn gays anyway.


This is what Isiah Laing told the Gleaner:

“We had a meeting on Saturday and we, Heavy D and myself, came to the decision to ban Sizzla Kalonji and D’Angel from Sting. Sizzla was warned repeatedly before going onstage about not promoting hate music and he went up there and did it repeatedly. We are going international and we warned every artiste before they went on to the stage.”

“We are banning D’Angel as a patron also. We don’t want your money D’Angel. Stay home. Watch the event on pay-per-view.”

“What kind of image is D’Angel portraying as a mother? She’s saying she came to clash but that’s not how the clash went. It was not about Ninja Man, she embarrassed herself. At least a five-year ban for D’Angel.”

D’Angel, who was not on the lineup, took the stage to perform with Beenie Man and later with Ninja Man. The dancehall diva repeatedly say she wanted to clash Ninja Man for the US$30,000 up for grab.