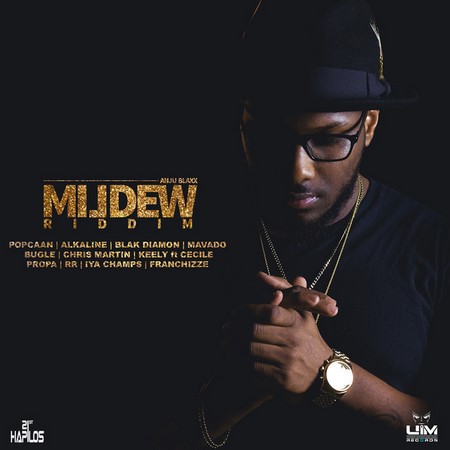 Producer of the year Andrew Myrie also known as Anju Blaxx has done it again, with the release of Mildew Riddim while locked up in the United States.

Mildew Riddim is expected to be a hit. The carefully constructed riddim boasts 11 tracks, which have already been enjoying rotation on the airwaves locally and overseas.

“If you listen to the songs on this riddim, I can guarantee that you will have it on repeat,” said Tanya Thelwell, manager Of Uim Records.

As UIM continues to make an indelible mark on the entertainment scene, Thelwell officially announced in a press release sent to media: “We are extremely grateful to our fans for the continued support as wecontinue to churn out the hits. We want to assure the fans that UIM will continue to produce the quality music we all are known and loved for, and we have a slew of productions by Anju Blaxxx, Kadeem, and Dinearo, which will be released soon.”

UIM’s latest productions such as Soak by Chris Martin and Machel Montano and Alkaline’s More Than Happy have been receiving rave reviews from fans and industry insiders.