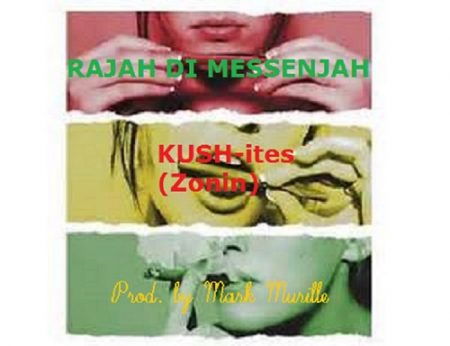 Dying to hear Better Music with More Meaningful Lyrics? Well Fret no longer, CHANGE IS COME! As MoreLYF is here to Revive you!!!

Once again RaJah Di MessenJah also known as 16 GOD, owner and executive producer of MoreLYF Production, www.MoreLYF.com, and MoreLYF INC, Alongside his Band of Brothers SherLoc, & Yung $partan(aka Gucci Prince), Known as Rastafarim(MLK) is giving us a new taste of his uniqueness and variety by the release of his brand new sound “EPIC/SOL’ Music”. With a Rastafarian Lifestyle, and Brooklyn upbringing, This innovative “EPIC” Music artist is proving to be exactly what the music industry needs right now!!! with the release of his latest album “THE AWAKENING (VOL. 1) on Itunes, and his single “KUSH-ites (Zonin)” {Produced by Mark Murrille} on his soundcloud Fanpage, he is sure to be the Peoples Choice all year Round!


RaJah Di MessenJah has been Winning hearts with his Music since 2011 with the Release of his Holiday album “UniverSol Love”, (Set for Re-release Next year). He has cultivated a Style that is unmatched and untouched by any other. With his experience of making music since the age of 8yrs old, Listening to artists like Busta Rhymes, Jay-Z, Nas, Biggie Smalls, Tupac, Bob Marley, Michael Jackson, Alicia Keys, and the O’Jays; he has developed a style that includes all brands of Music. EPIC/SOL’ Music is a genre that consists of; Reggae, Hip-Hop, Dancehall, EDM, Pop, R&B, Soft Rock, Jazz, Neo-Soul, Indie & African Beat all in one. Quite the Change huh?

RaJah Di MessenJah Is said to have some help on his Upcoming “MoreLYF LP: Limitless Power”, from a few other Producers, Such as New Dersey Beats, Kendox, and Mark Murrille. But nonetheless, the young 24yr old Musician Independently and Passionately Composes and engineers his Own Music, as well as the Musicians on his Label “MoreLYF Prod.” RaJah says that “Bringing LYF to music will finally Bring Music to LYF”. He has a Philosophy that Fits and Promotes his Musical Persona very well. As you can see Life is purposely incorrect, and also scrambled. As it is an abbreviation, standing for, Luv, Yah & Faith; which gives us all Wings to FLY! Having conscious and Inspirational lyrics riding over a Conceptual yet thrilling rhythm, and a
Distinctive yet Soothing voice, RaJah Di MessenJah, will Definitely Bring MoreLYF to his Profession!

His New Album “The Awakening (Vol.1)” is now Available on all Electronic Music Retailers. Get It Online today! http://itunes.apple.com/us/album/theawakening-vol.-1/id941070310