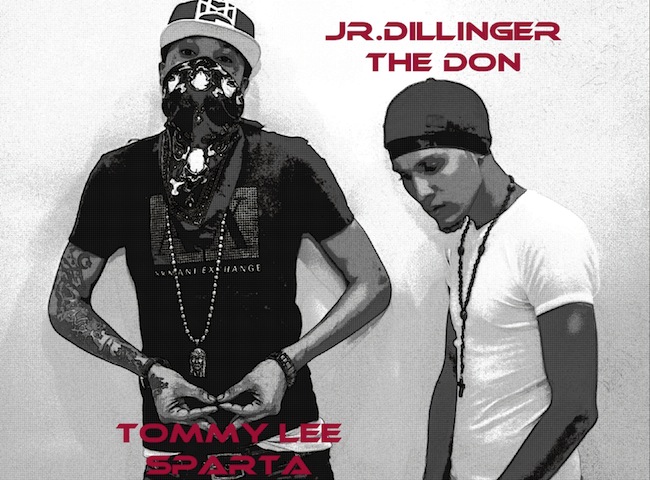 Who Really Is The Jr.Dillinger?

Every Caribbean Magazine is talking about Tommy Lee’s Nephew Demon Jr.Dillinger But we got the true story directly from Tommy Lee’s Manager Heavy D.

Here is the true story behind Tommy Lee Nephew Demon Jr.Dillinger, He was never signed to Guzu Musiq by Tommy Lee and they have no intentions to sign him How ever Tommy Lee manager Heavy D said they once meet the artist Jr Dillinger while they were in Trinidad on tour after I spoke to Heavy D he confirmed that Jr.Dillinger is not a part of the Spartan Army.


Heavy D: We meet the artist once and that was it We however has released music from a new artist Jimbo Sparta he has released a new song with Tommy Lee along with a Music Video named Di Creature you can look out for much more from this artist as for Jr.Dillinger I have nothing to say cause we have only had a meeting with him thats all as for now I manage Tommy Lee Sparta, Destiny, Tabeta Cshae, Stylish and Jimbo Sparta more will be added on later.

Is this person even an artist? No songs could be found with him no where online.
Who is this person? No one knows In the beginning of the Summer 2013 a major hype was created online and The name Jr.Dillinger a.k.a Nephew Demon spread like a wild fire and had dancehall fans in excitement and anticipation even his fellow Trinidadian artist Hip Hop superstar Nicki Minaj recently made comments about him on Twitter saying that (I am very proud to be Trini and I am most proud to see how far we have come from dominating rap music we are now about to do the same to dance hall shout out to Jr Dillinger we are all very proud of you and I hope to work with you in the near future).

However after confirmation from the Spartan Army management the long awaiting debut of Jr.Dillinger has come to a disappointing end. This person simply does not exist or does he? In recent pictures he appears to be posing with extras from Tommy Lee Nuh Mek Me Feel So music video under it titled Jr.Dillinger Nephew Demon. Also sources close to Tommy Lee recently told Caribbean Magazine that Tommy Lee has started his own Record Label and will be signing Destiny Tabeta Cshae Stylish and Jimbo Sparta along with a Trinidad artist named Jr.Dillinger. So what is really going on? After many failed attempts to contact the artist Jr Dillinger Nephew Demon he recently replied saying I have no comments to make when you see Tommy Lee yuh fi ask him bout dem thing.

So the question is now on you Uncle Demon what is going on with your Nephew Demon?